Our beloved founder Beverly Bronson passed away on Mother's Day, May 13, 2018. She lived an extraordinary life. From her early life in England to the decades she spent living in New York’s East Village to her work in Nepal, Beverly opened her heart to those in need. She walked and acted in kindness, compassion, selflessness, and most definitely, with determination.

Her bright spirit lives on in the lives of all she touched, That spirit guides us as we continue her work on behalf of the children and women in Nepal. 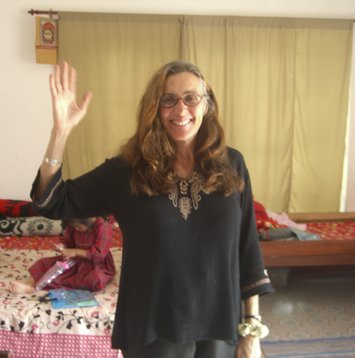 British born and adventurous by nature, Beverly moved to New York City in the early 1970s and worked in magazine editing and the theater before opening up an antique store, where she became a beloved fixture in the East Village.

She first came to Nepal in 1999 to volunteer as a social worker when she found two abandoned brothers in 2001, who became the first two members of the House with Heart (HwH) family.

Beverly served as the President and CEO of the organization, splitting her time between Nepal and New York. She expanded the outreach of HwH steadily, building an oranization that was both highly effective and resilient. She was beloved Mummy to the children and a visonary leader, attracting excellent staff in Nepal and a worldwide network of supporters and volunteers. She made it possible for her work to continue forward into the future.